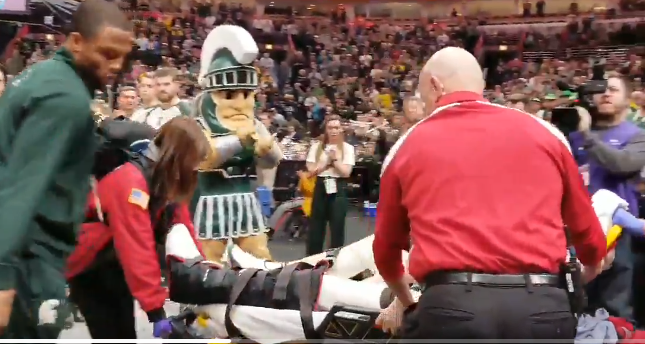 A scary scene at the Big Ten Championship game as the Michigan State star guard Kyle Ahrens suffered a gruesome ankle injury. Ahrens went down on the floor after rolling his ankle in the first half and was taken off on a stretcher.

Tough injury in the Big 10 Championship…

?Prayers to Kyle for a speedy recovery. pic.twitter.com/PYgXn6v45U

Ahrens  was seen in a ton of pain before the stretcher was brought out on to the court to take him off. He was writhing on the ground after the incident occurred while he awaited medical attention.