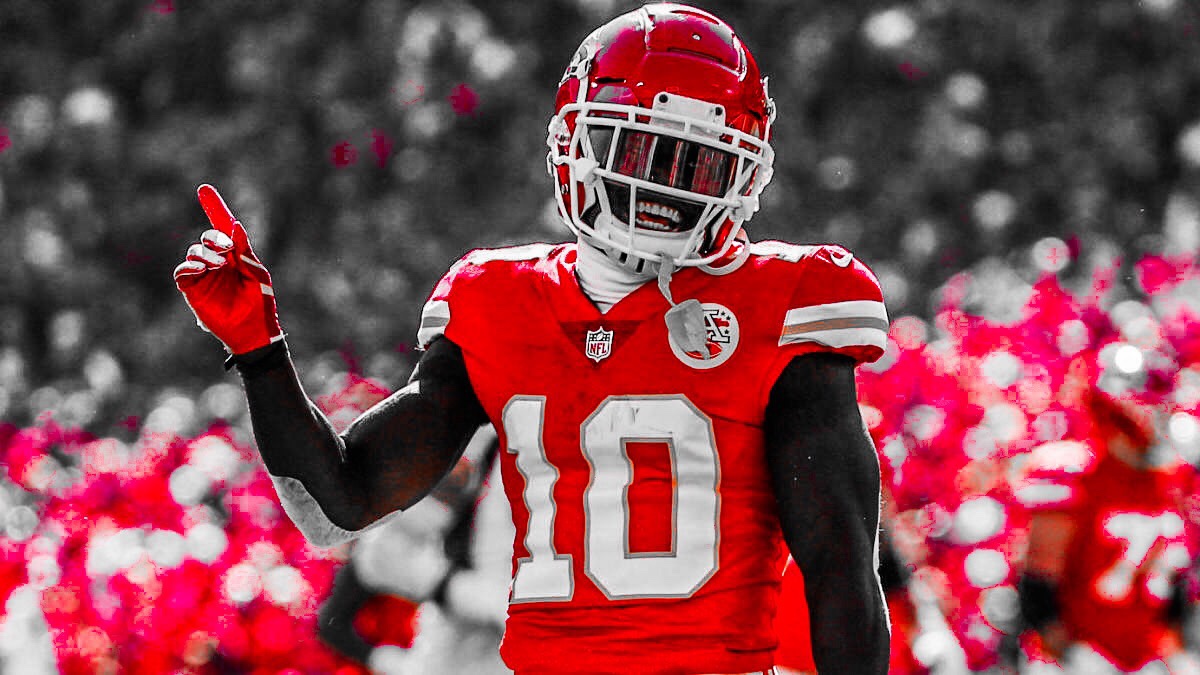 The Kansas City Chiefs said Friday they are aware of the investigation.

“The club is aware of the investigation involving Tyreek Hill,” the team said in a statement. “We are in the process of gathering information and have been in contact with the league and local authorities. We will have no further comment at this time.”

Hill pleaded guilty to domestic assault and battery in 2015 after his then-pregnant girlfriend said he choked her and punched her in the face and stomach in December 2014 when he was a student at Oklahoma State University.

The judge deferred Hill’s sentence for three years and gave him a clean slate. According to court records, Hill’s domestic assault and battery charges from 2014 were dismissed and expunged.

Hill was expected to make a major contract this summer:

According to Sportrac’s Market Value Calculator, that could mean a five-year, $95.5 million offer from Kansas City. That would make Hill the highest-paid wide receiver in NFL history, surpassing Odell Beckham Jr.’s five-year, $90 million extension signed with the New York Giants in August 2018.