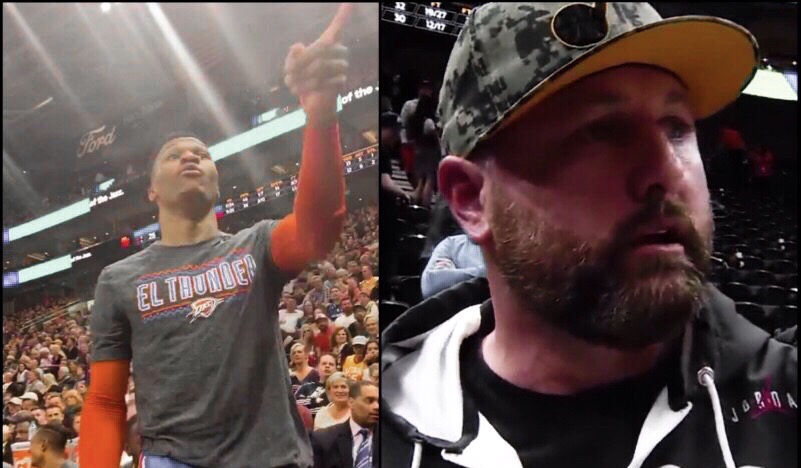 Last season Russell Westbrook went off on a fan in Utah. And today it happened again after a man and his wife allegedly yelled racial slurs towards Westbrook while he was on the bench:

After the game Russ described a how the man was being racist and explained what was said:

Russell Westbrook got into a heated verbal discussion with Utah fans during the Thunder's 98-89 victory over the Jazz. https://t.co/NGAPsSTUXI

After the game the man was interviewed as well:

Shane Keisel, the Jazz fan who was involved in a verbal altercation with Russell Westbrook during the Jazz loss to the Thunder, explains his side of what happened. @KSL5TV @kslsports #nba pic.twitter.com/ScCSRttTCg

The man denied saying anything racist towards Westbrook but some of this previous tweets would maybe presume otherwise:

Westbrook says this guy was saying racist things to him, but the man later denied saying anything.
Ya… i think its safe to say who’s telling the truth ? pic.twitter.com/wJOFJmAL0x

I am going to take Russ’s side on this one. Fans need to understand the boundaries between them and the players.