Well if Josh Rosen didn’t already show signs of nervousness in 2018, we wonder what he feels like now. The Arizona Cardinals used the 10th pick in the NFL Draft on Rosen last year to be their QB of the future… It seems like things might have changed overnight with the new hiring of coach Kliff Kingsbury.

If the Arizona Cardinals rumored interest in Kyler Murray seemed to be just the media, well, stores are believing it in Arizona.

Somebody seems to know something because according to Bo Brack of FOX Sports 910 in Phoenix, at least one store in the area has dropped the price of Rosen jerseys from $100 to $39.99. 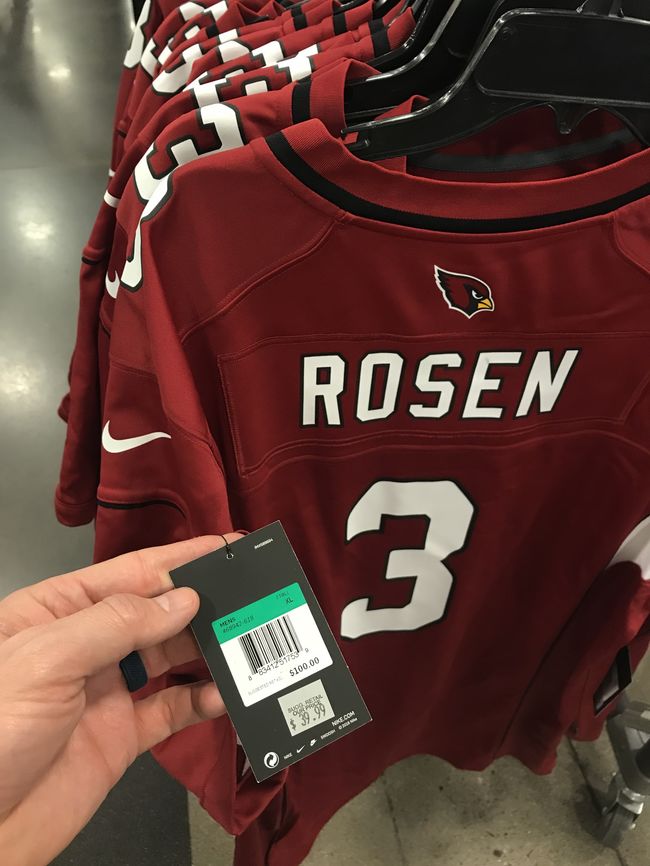 That’s a 60-percent reduction for a guy who was drafted to the team just last year.

Let’s see what happens now, but this is getting more real. Many believe its happening in the media world.

I did hear Kyler Murray was impressive in the #AZCardinals interview… https://t.co/YWZnjlEWgW

If Kyler Murray goes #1 next month, it will be the 1st time ever the same school has produced back-to-back QBs taken #1 overall in the #NFLDraft. In fact, the same school has only ever produced 2 straight top overall picks at ANY position once. (USC, Yary and OJ) @bakermayfield pic.twitter.com/X9jnkBqWfr