The Boston Celtics entered the season with high hopes and high expectations after making a run to game 7 of the Eastern Conference finals last season with Kyrie Irving sidelined with a knee injury and Gordon Hayward being out for the season after playing less than 1 quarter. However, this season heading into the All-Star break has been a bit underwhelming and not exactly what the Boston Celtics were hoping for.

The Celtics currently sit at 37-21 and are currently the 4th seed in the Eastern Conference. Which in itself is not a horrible record or performance but for a team that was picked by most experts as a favorite in the East to get to the Finals and even make a run to challenge the Golden State Warriors this is a far cry from what they expected to look like thus far. And tensions have been running high all season. Earlier this season we saw Jaylen Brown and Marcus Smart having to get separated during a timeout a day after Kyrie Irving said a team meeting had “cleared the air”.

This wasn’t the only incident that has called in question The Celtics season. The looming free agency of Kyrie Irving has really cast a shadow on the season for the Celtics. Plus rumors of pursuing Anthony Davis this summer VIA trade of their young assets has caused tension in the Cetlics locker room all season. And Kyrie has done nothing but added fuel to that fire during interviews. For example when asked if he would be re-signing this summer in Boston he responded that he “doesn’t owe any body S**t”.

Kyrie Irving when asked about his future with the Celtics:

Adding more fire to rumors Kyrie addressed that he even hopped on a phone call with LeBron James to discuss “leadership” and how he acted during his time in Cleveland. This fueled rumors that he and LeBron could team up in Los Angeles this off-season. Why did Kyrie call LeBron? Hear it from the man himself:

? Kyrie explains why he called LeBron James after finally understood what being a leader is all about pic.twitter.com/oZsXKIMeSq

Kyrie says him & LBJ’s history runs deeper than the BOS/LA rivalry but when the Lakers come to town he’s still going to try to kick his ass ????? pic.twitter.com/TxDKqJql3I

And now we have a great interview with Kyrie as he sat down with ESPN’s Rachel Nichols and discussed what is going wrong with the team this season. Irving stated that it’s been a “trying” season for The Celtics and that several of the team’s young players are “capable of doing a lot more than they’re doing”. That’s pretty intense stuff to say about your teammates. It seems like he has taken a page out of Kobe Bryan’ts book of leadership and just say things out loud and to the media. Here is the interview:

Kyrie Irving sits down to talk about the Celtics' "trying" season: "we have a bunch of young men in our locker room who feel they're capable of doing a lot more than they're doing." We also talked free agency, the LeBron phone call, & how anger can fester if you don't address it pic.twitter.com/VGNqkifWnk

Irving called out two teammates by name. Jayson Tatum and Terry Rozier who he says do want to do more for the team but have to also be mature enough to keep the team concept in mind. Kyrie said:

“It’s been a trying year for us,We basically have a bunch of young men in our locker room who feel like they’re capable of doing a lot more than they’re doing. And that’s OK, but there’s a maturing that you have to have. There’s a professionalism that you have to showcase every single day, and that’s what the great ones do.

“I initially didn’t play the minutes I wanted to play. I’m 26 years old, heading into my prime, like, why do I have to wait for anybody? [Terry Rozier] played in the playoffs. He did extremely well. Coming back, that’s a natural competition that me and him have.

“It is what it is. No one wants to say it, but I will. You know, [Jaylen Brown, Jayson Tatum], all these guys, it’s part of their growth. When you have winning in mind, you’ve gotta understand that. You gotta do what it takes, but you gotta understand your teammates.” 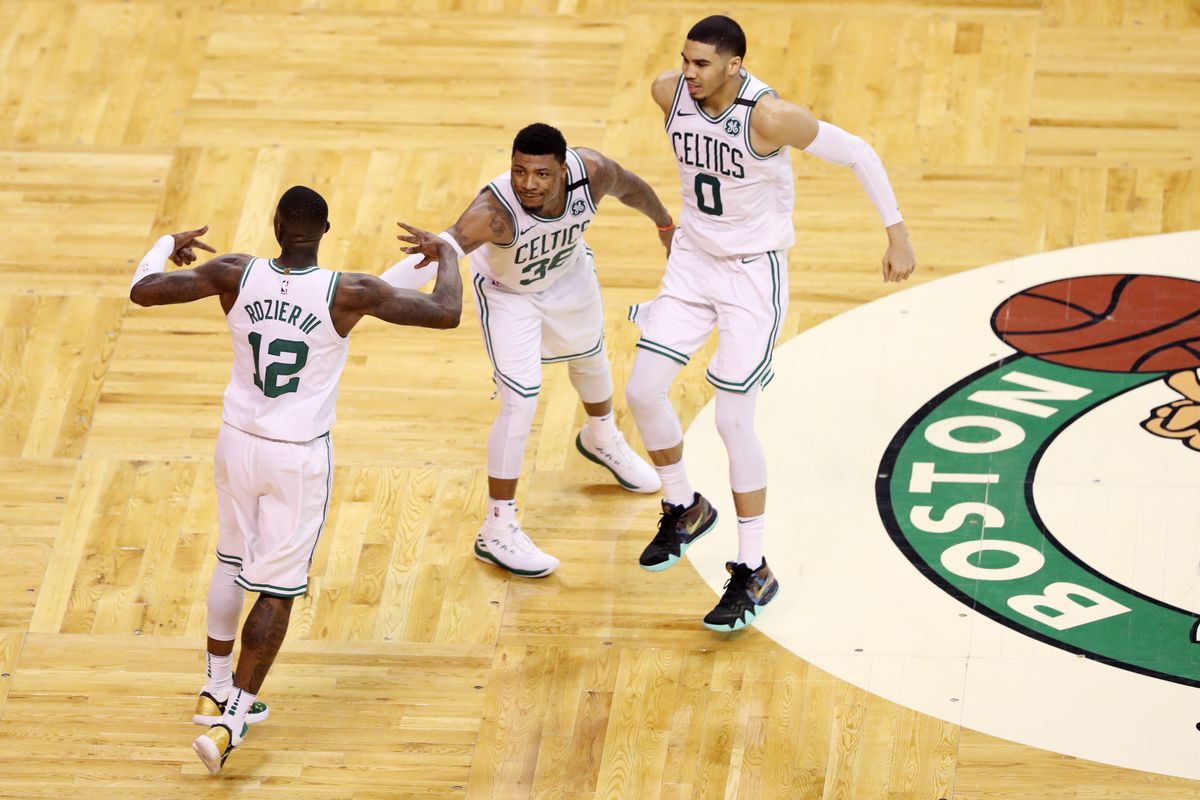 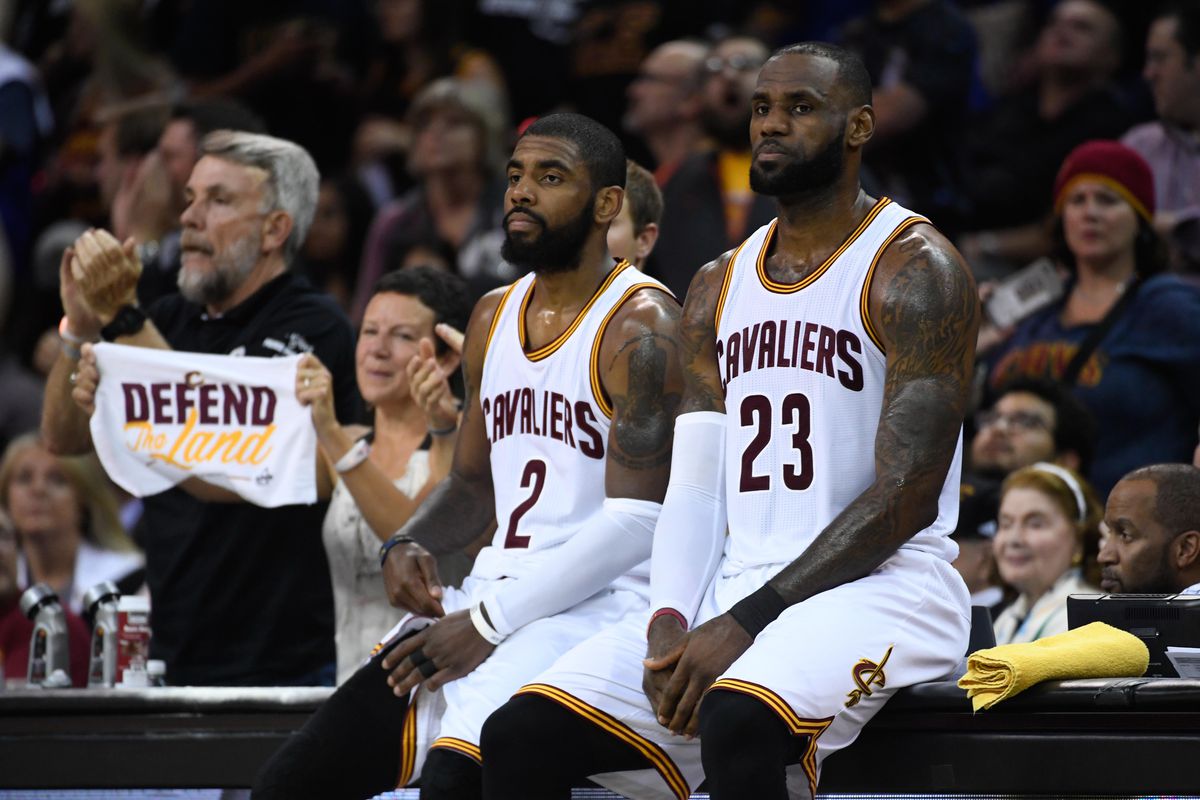 Kyrie stated he needed to “address the situation and also added that:

Well, I think that, you know, it takes a very, very strong individual to replay a lot of the experiences that you’ve had,” Irving told ESPN’s Rachel Nichols. “A lot of anger that you’ve had built up, where you didn’t address the situation and you allowed it to fester. And then it was just combustion.

It came out and it just … you realize, like, ‘Hey, man, I didn’t have to deal with that the same way I dealt with that. I didn’t have to go about it that same way.’ Now, mind you, I have no regrets in terms of any decision I made, going about my individual journey and what I want and foresee for my career.

But for me, it’s just … apologizing, yeah, that was a step for me, just to move forward in my life.

It’s definitively been a trying season for the Boston Celtics. And many are going to speculate throughout the rest of this season and into the summer of the future of the team especially if there is a early exit in the NBA playoffs. If the Celtics are able to turn it around and make a run to the NBA finals it will fix many things. Boston will return to the court Thursday in Milwaukee, where the Celtics will face the East-leading Milwaukee Bucks.