A barbershop in California is giving his apology after a picture of a Colin Kaepernick doll being hung in his shop went viral on social media.

“They got Colin Kaepernick hanging from a noose,” the man who shared the picture, who wished to be identified as Joseph, told Fox 40.

Bowtie Barbershop in downtown Placerville. Which we must mention, is a town that is a ‘hanger’ town… As you will see in the video, it is a main theme of the barbershop and the street.

Colin Kaepernick will be honored in October with Harvard’s W.E.B. Du Bois medal, which is the school’s highest honor in African and African American studies.

“I literally had no idea that I was offending people,” the owner, known as “Bowtie Barber,” said. “We have a hangman out here called George and so, you know, with the theme of hangtown I hung him. And it was wrong, it was absolutely wrong.” The barber & owner of the shop said the doll has been hanging in his shop since 2016, when Kaepernick and a teammate first knelt during the national anthem.

“I am a die hard 49ers fan and when that action happened there was a lot portrayed on the 49ers and I took it personally,” Barber said.

“Imagine how many kids already seen that doll,” he said.

He believes an apology is all he can hope for. 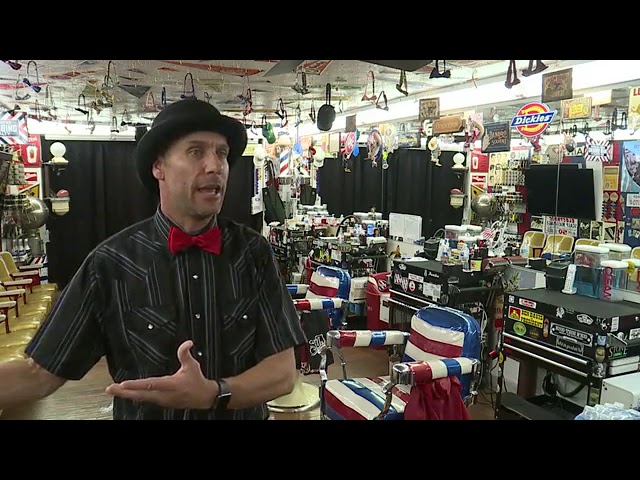 “I’m publicly announcing that I apologize. It was the wrong thing for me to do,” he said. “Absolutely will never happen again. I absolutely see the other side of it. I’m sorry.”

What do you think of this situation? Don’t forget the circumstance!