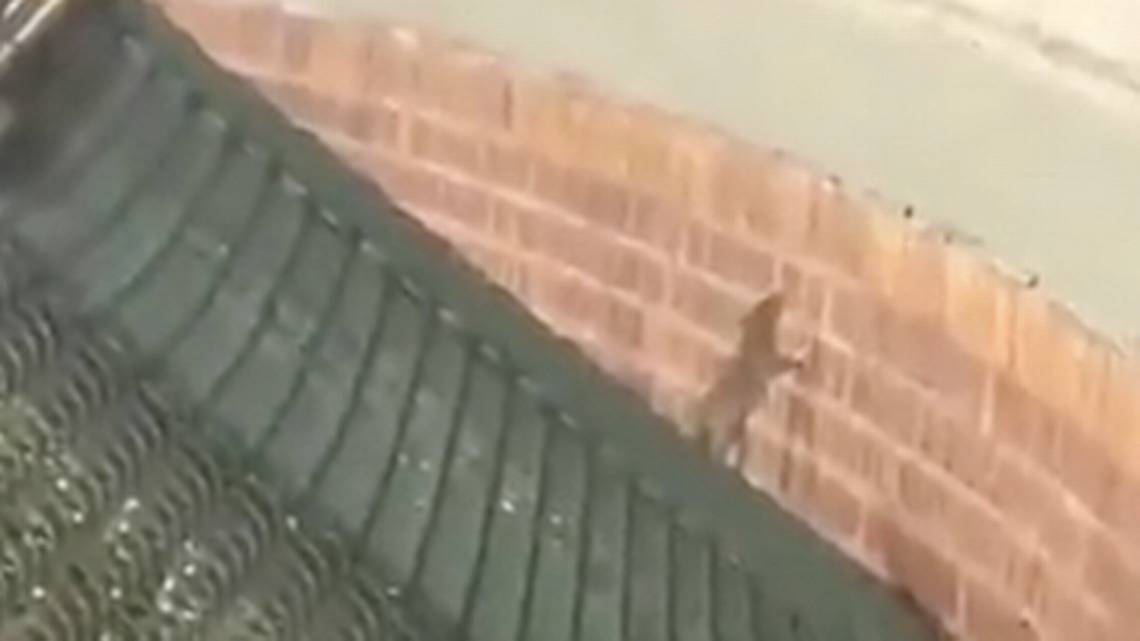 In what was an already weird week for the  Chicago Cubs fans at Wrigley Field, it even got weirder…

First, there was a fight in the bleachers between Cubs fans where a guy shouted to racial slurs and another guy went viral as he screamed, “There’s no fighting in the bleachers.”

Tuesday, in the midst of a 6-0 deficit to the Pittsburgh Pirates, another video has gone viral from what happened at Wrigley.

Somehow a rat go into a basketball at the outfield wall, and was trying to jump to it’s freedom to the bleachers wall. Cubs fans let it know that they were on it’s side.

They stood. They cheered. They supported.