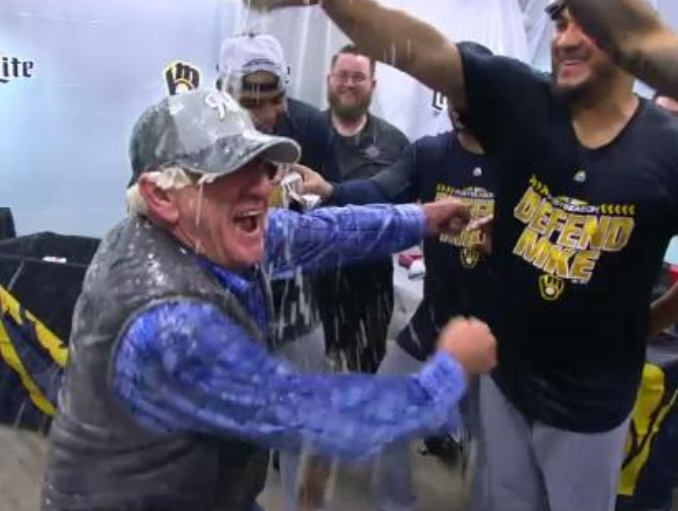 The Milwaukee Brewers clinched their first playoff appearance since 2011. And they wasted no time celebrating in the locker room after the game. And who better to celebrate with then with 83 year old Bob Uecker who is a former MLB player, comedian and now announcer for the Brewers. He was dubbed by Johnny Carson as “Mr. Baseball”. And he seemed to love celebrating with the young Brewers team after the game.

His comments afterwards were also priceless:

“No matter how old you get, they keep you young.”

Why we all love the game of baseball, as articulated by Bob Uecker. pic.twitter.com/vwLhgF9HrC

This is why we love sports.