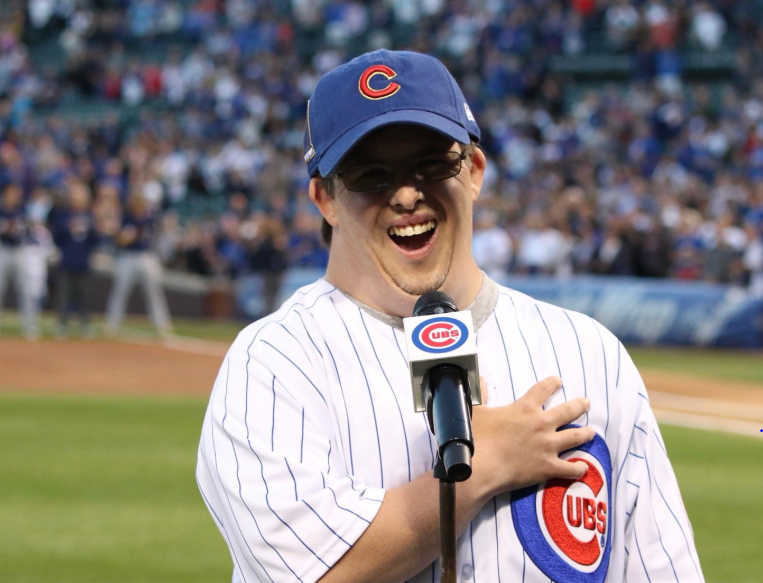 After raising more than $37,000 for Special Olympics Illinois, Cubs fan Stefan Xidas, who has Down syndrome, had his wish granted Monday night before the Cubs game against the Milwaukee Brewers. In front of a crowd of roughly 38,000 fans, he finally got the chance to sing the national anthem at Wrigley Field. And it was just a touching moment for Stefan and for everyone involved.

“It’s the best moment I could ever imagine,”

Stefan said before he took the field to sing the anthem in front of the crowd.

How did Stefan get this opportunity? It started last month when his two childhood friends, Tommy Molitor and John Rosinski, helped him create a GoFundMe page to collect donations for Special Olympics Illinois.

After raising enough money on his gofund me page his wish was granted: 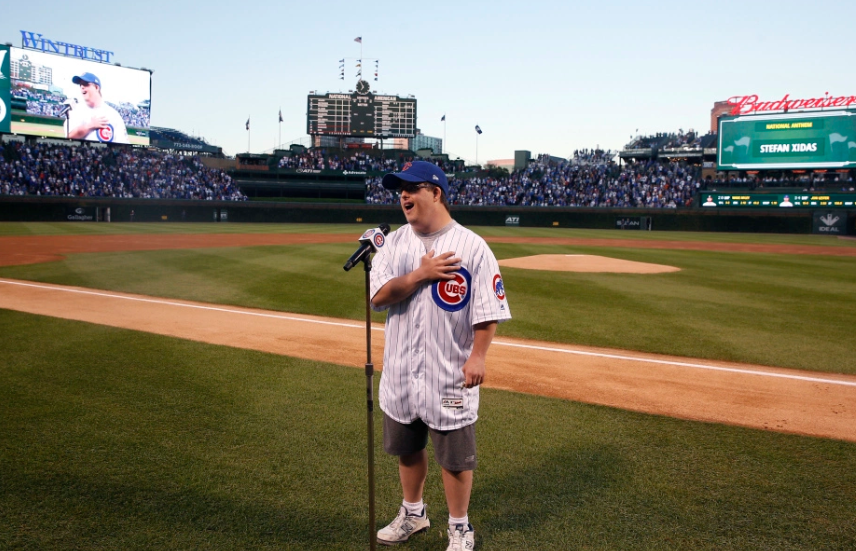 He wrote a letter  to Cubs chairman Tom Ricketts on the fundraising page, Xidas who is 30 years old wrote:

I’d like to make a deal with Tom Ricketts, the owner of the Chicago Cubs. If I’m able to raise $5,000 for the Special Olympics Organization, Tom Ricketts will let me sing the National Anthem at a Cubs game.

What an amazing moment.

Stefan Xidas sang the national anthem on #AuthenticFan night, after raising $18,000 for Special Olympics…which will be matched by @Cubs charities. pic.twitter.com/5eazMJxM6f

Talk about an amazing moment. 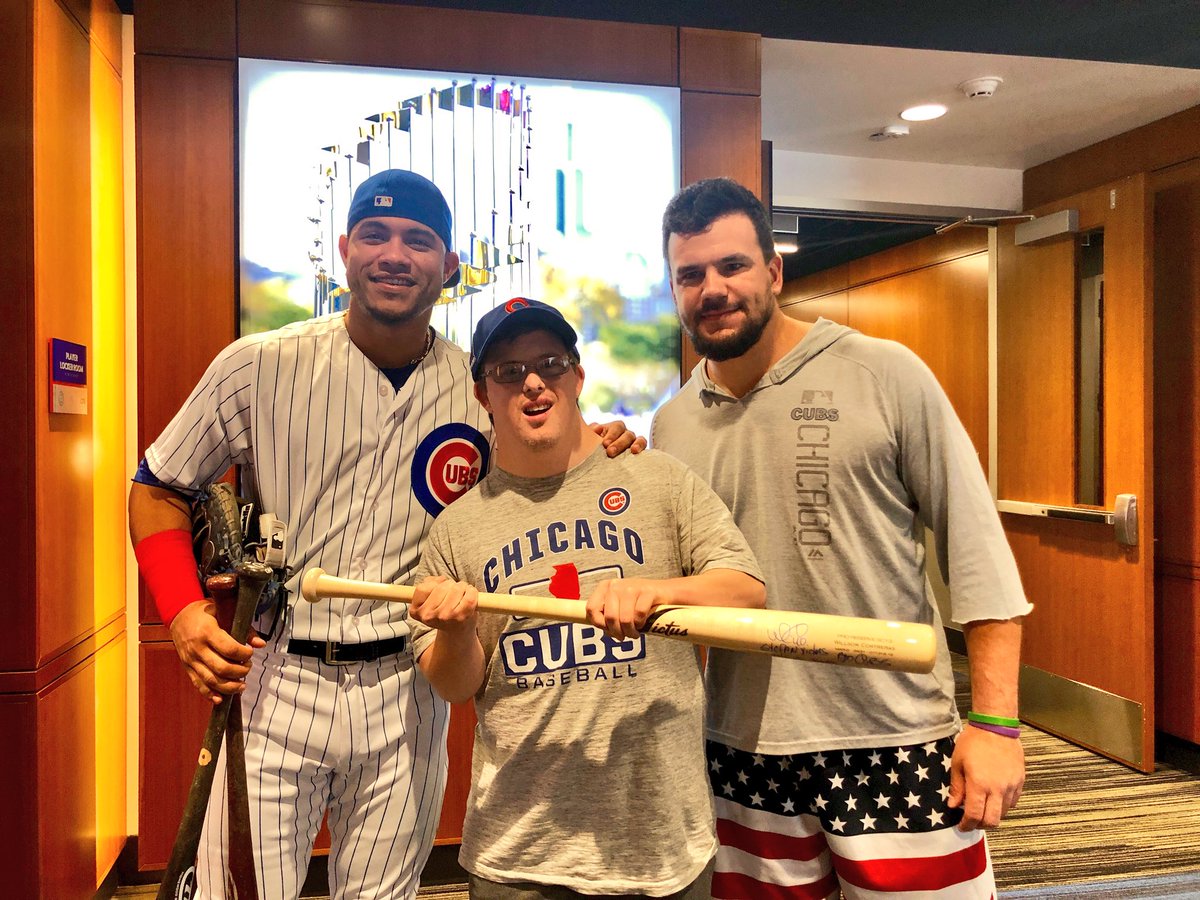 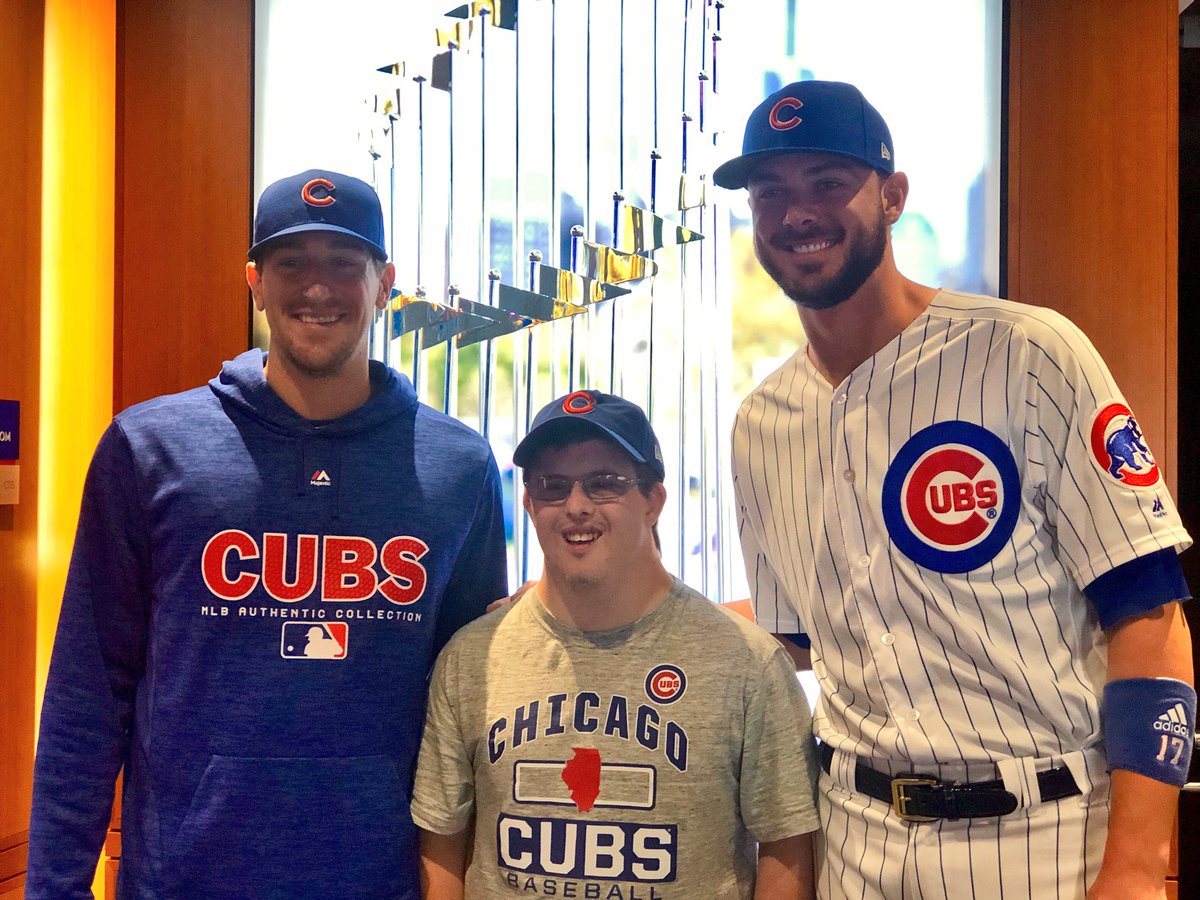