This Girl Had one of the nights of her life that she will never forget. This is Kaylee Foster and she won homecoming queen, and kicked the game winning field goal on the same night. They won 13-12 and Kaylee accounted for 13 points including two field goals and a extra point. 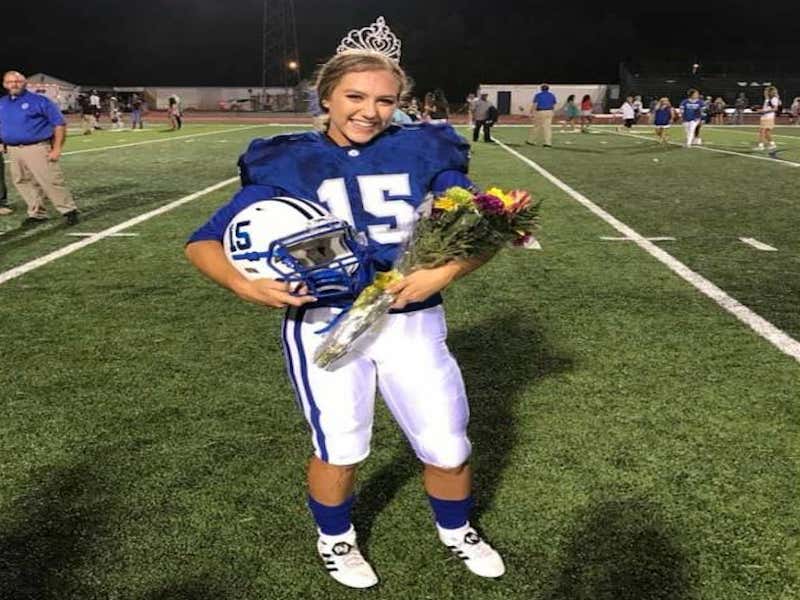 SF Chronicle- One Mississippi high school senior had to quickly discard her crown after being named homecoming queen — and put on a football helmet. Kaylee Foster was crowned homecoming queen of Ocean Springs High School before Friday night’s football game.

She then put on her football uniform and later kicked the winning extra point to lead her team to a 13-12 victory over George County High School, local news outlets reported. Foster kicked two field goals earlier, giving her a majority of the team’s points.

What a great night for Kaylee!