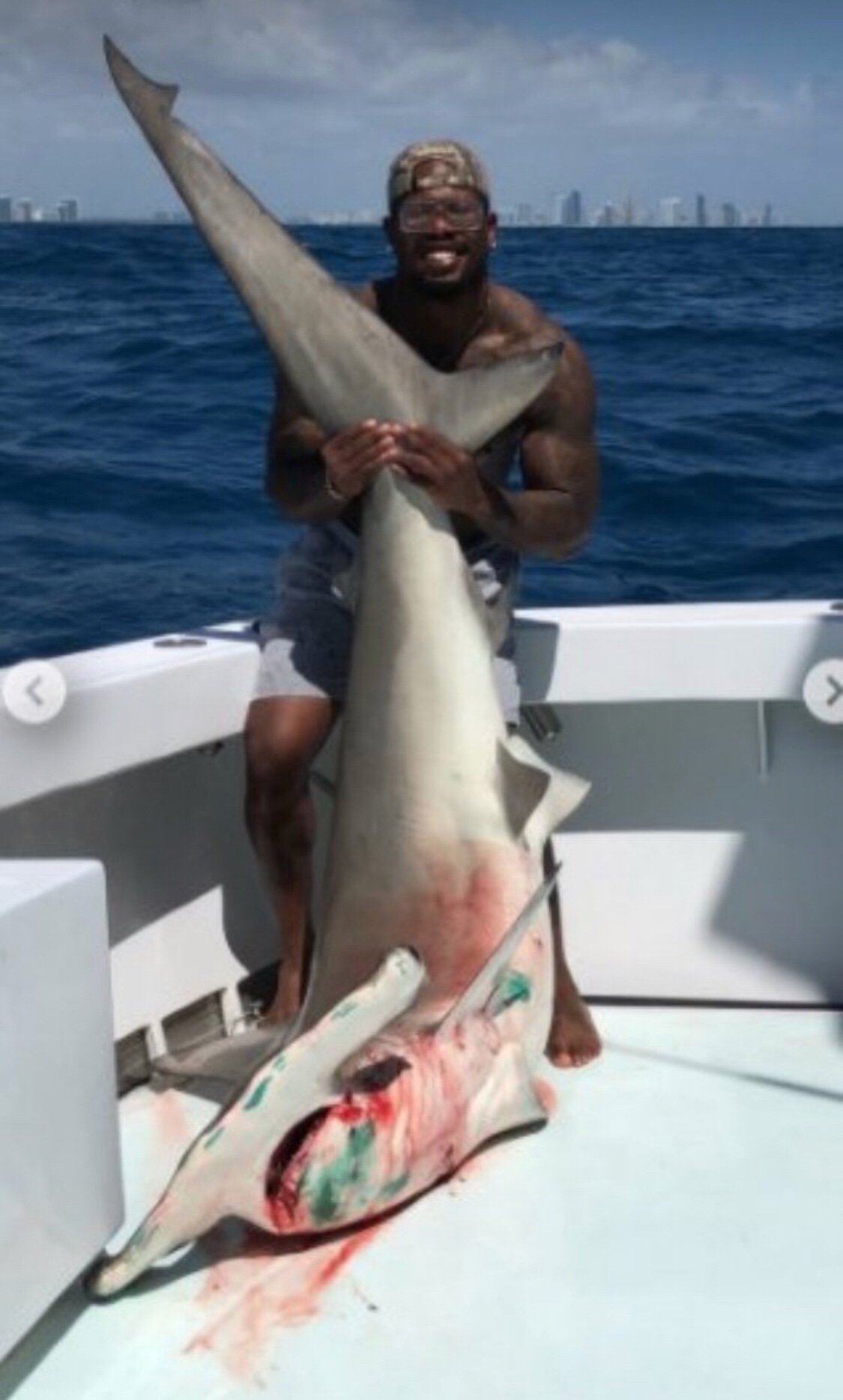 Vin Miller is staying busy on the open sea this offseason.

According to TMZ Sports, the Broncos player was fishing off Miami Beach on Friday when he reeled in a nine-and-a-half foot hammerhead shark. (Warning: video contains profanity.)

Checking in on @VonMiller ? ? pic.twitter.com/pLCHzBDArf

Bruh, @VonMiller outchea living his best life. There’s fishing then there’s this. A barracuda and a hammerhead shark? pic.twitter.com/UeYTlSGScl